Today the rain was falling fat like little birds fighting over the last crumb of bread, the tin roof clicks and clicks at me until I stop and pay attention. Watering the basil I’ve planted over the summer, refreshing the old yellow peppers still on the vine. Someone once said “water holds memory” maybe like a movie or a script waiting for the playback in the back of my head.

I was there two weeks ago sitting at a table. The conversation went something like this,

Mrs Potrho: you know, I’m thinking nonviolence didn’t do much.

Mrs. Portho: well my daughter said she had a bit of an incident, at the shopping mall where a woman ran into her or they ran into each other. Anyhow, my daughter said excuse me. To be polite and the other woman involved said “watch it you black B***ch”, now at this point my daughter said in haste, “do you want to take this outside”?

me: um, I hope she was able to walk away?

Mrs. Portho: you know – my daughter was right. It’s too late for turning the other cheek.

me: but, nonviolence is resistance in itself. It’s offering, peace, it’s offering something that the world is shouting for. That is to say, do I want justice?  Do I want the laws to change? Do I want all persons, no matter the color of skin to feel safe? Surely I do.

me: revenge only calls for more blood and more death.

After that, we changed the subject.

feel free to add your thoughts below- I’d love to hear what you’d done in this situation your Kindness sis. Krissy

9 thoughts on “What’s the world coming to?” 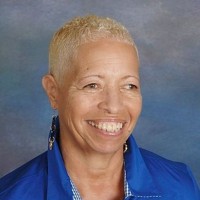 words and music and stories

Let's recollect our emotions in tranquillity

Providing Propelling Encouragement Despite the Clear Presence of Obstacles

Exploring the World of Fiction

Poetry for Finding Meaning in the Madness

Sometimes middle has no edges ...

The simplicity of life is just being yourself.”

Enjoying Life in the Ozarks

just another one of the King's secluded servants

A Blog here to Serve

Dive into a collection of memories, musings and emotions delicately concocted into stories and introspective articles